All Articles, Conversations With My Sisters, General Blog, Unlearning StrongwomanMarch 23, 2020 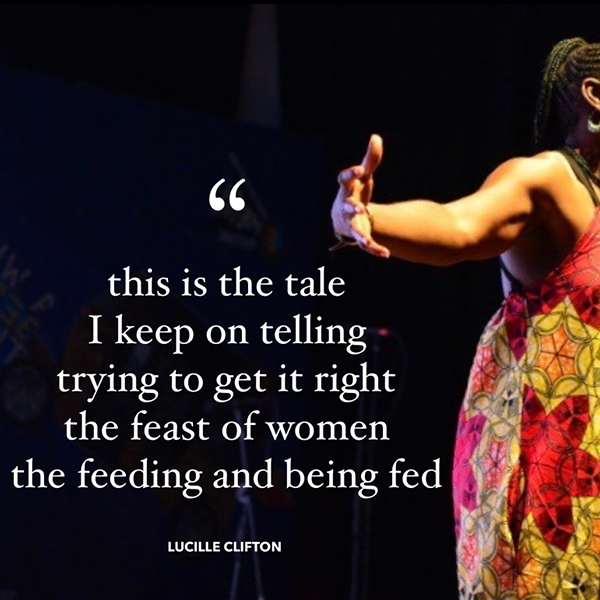 Growing up, I often heard my mother say ìwá kú ìwá ná nwa nkan tó sọnù which translates loosely from Yoruba as ‘when you are searching for something that is lost, you search high, lo and in between’.

I can’t recall when I first became concerned with excavating women’s histories. It may have been in 2016, when my mother surprised me by becoming very outspoken and intentional about having a more healthy relationship with me. In the process of finding a way to each other, I recall asking questions about her mother, her grandmother, what she was doing in the days before I was born and who inspired her as a young woman. Some of her answers confronted me with the fact that I didn’t actually know my mother as a woman outside of her wife and mother roles and the assumptions I’d made based on our run-ins and the life we lived as a family.

I started to think about the women I meet everyday, in person, online, in books…women and girls who may never be in the spotlight but whose decisions leave an undeniable ripple of impact in the world; women like my mother, whose decisions from as young as 12 held great inspiration in little moments that no one ever saw, but which shaped our lives so many years later. Who is telling their stories?

I was assisting at a Brazilian Jiu Jitsu class sometime ago. The class was filled with 7–12 year old boys and two little girls. I noticed one of the girls standing apart from the boys who were by now throwing themselves off the closest wall or otherwise running their energy out. No sooner had I reached her side when she introduced herself, asked for my name and established that I too was a girl who sometimes was the only girl in martial arts spaces. At that point she looked at the boys and said to me, you know why I am not running with them, “by the time class starts, they will be tired but I will be ready”.

The only words that came to my head were “damn girl, challenge my complacency why don’t you”. I said something more age appropriate. Something in her struck me as strength, or character, or strength of character. Whatever it was, it was endearing — perhaps a window into the stories she had told herself about who she was, backed up by the fact that she normally gave the boys a beat down.

I have encountered that same endearing quality in other women — sometimes it is the way in which a woman makes it her life’s work to do something bigger than herself in a way that positively and selflessly impacts others — sometimes it’s the way a girl or woman picks herself up from disaster — at other times the endearment is a woman’s determination to live an unperformed life on her own terms, and at her own pace, which challenges and inspires me to be better. Whenever I see these traits, however they manifest, what I see is strength.

I am aware that the last few years have seen a proliferation of articles addressing how the myth of the strong Black woman is dangerous. I welcomed those articles. Equally as important, are the conversations we must now have about what strength is beyond the tropes, and beyond the narrow contexts in which we are conditioned to frame the concept.

I aspire to strength, so I want to know what those women or girls, the ones who feed my joy whenever I interact with them or their work, think about strength outside of the performance of life. As a writer, I also want to challenge myself to find it in places where I, the world or the protagonist in the story I am framing won’t usually look. Simple answers that don’t capture the complexity of the problematic beings that we are, have no home here. I am setting out on a task to meet all kinds of women. The only criteria is that they should have inspired me. I in turn want to know how they conceptualise strength and how they handle this thing called womanhood.

This is the (documented) beginning of my Locating Strongwoman quest. Once a month I will introduce you to a woman from somewhere around the globe who has agreed to sit with me and answer random questions. You should not be surprised if I also write up a few imagined conversations with Black women who are no longer with us but whom I would have loved to meet. I want to find inspirational stories hiding in plain sight using all the artistic mediums available to me (poetry, writing, photos, film, podcasts)so I’m choosing to follow my mother’s instructions from the times she would say ìwá kú ìwá ná nwa nkan tó sọnù.