Anthropology of Belonging – Learning to Trust the Process 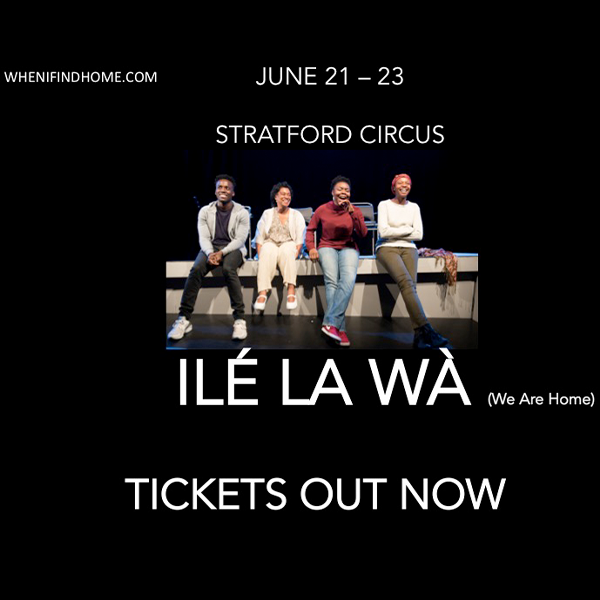 2018 started with a commission from BBC World Service to write a poem for the radio show ‘Cultural Frontline’. Definitely worth a listen. My voice was in great company. But the finished product is only ever half the story.

It doesn’t tell anyone that I was on the phone to my parents the night before the poem was recorded, probing them for Yoruba phrases and chipping at the answers until something sounded like the thing in my head that I couldn’t put into cohesive words. It doesn’t tell you that even though I’ve been curating art on home and belonging for the past two years and my play dealing with that is touring in a few months, I found this poem hard to write. It certainly doesn’t hint at all the contemplation that goes into accepting opportunities when they come knocking, even for the big ones. It’s my first BBC commission. So all that graft (the process) is yielding fruit.

Whenever I am asked the question, ‘what is your process’?, I take a long breath then say whatever comes out. The truth is that the process fluctuates like life.

I was writing and perfecting this poem, right until the morning it was recorded. The process involved a lot of panic at the beginning; fear I guess of not delivering something representative of what I can do if I had more time to prepare. But all that just makes me work harder, so I did. The process involved trawling through the films I made for the #HomeIs project, drawing spidergrams, visiting Kehinde Wiley’s exhibition with friends and strangers and immersing myself in the conversations that followed, being alert for any moment where something would click. It happened at lunch with friends Curtis and Steph. Amongst other things, we were speaking about parents who work hard to send their children to private school, only for those children to come back and correct their parent’s speech patterns and generally make them feel like lesser people. Somewhere in the conversation I remembered being on a bus in my early days of being in the UK and my mother speaking in Yoruba. I remember not wanting to be even more distinguishable but she was oblivious. Now I’m more likely to speak in some other language when in public, because who wants the world in their conversation? But this isn’t really about language. It’s about knowing yourself enough to present all of it to the world without shame. And that was how the poem Anthropology of Belonging: Start with the Self was born.

For those who have asked, the text is below and the Yoruba phrase means ‘Listen child, you can’t be hanging around with riff raff. You are better than the people you are envying/trying to become’ 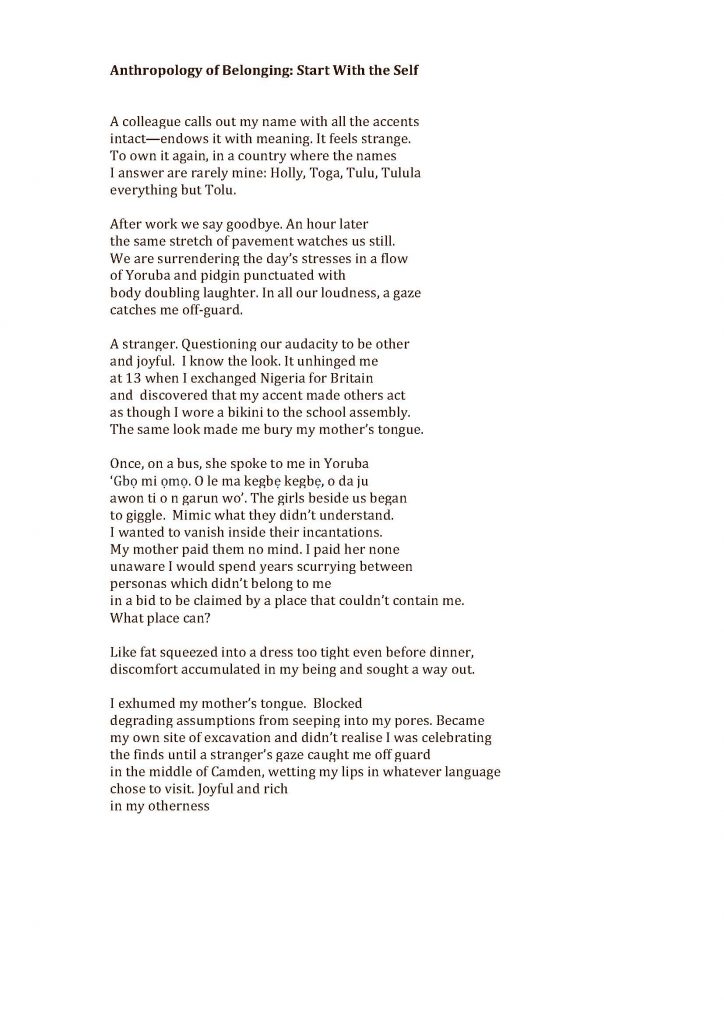